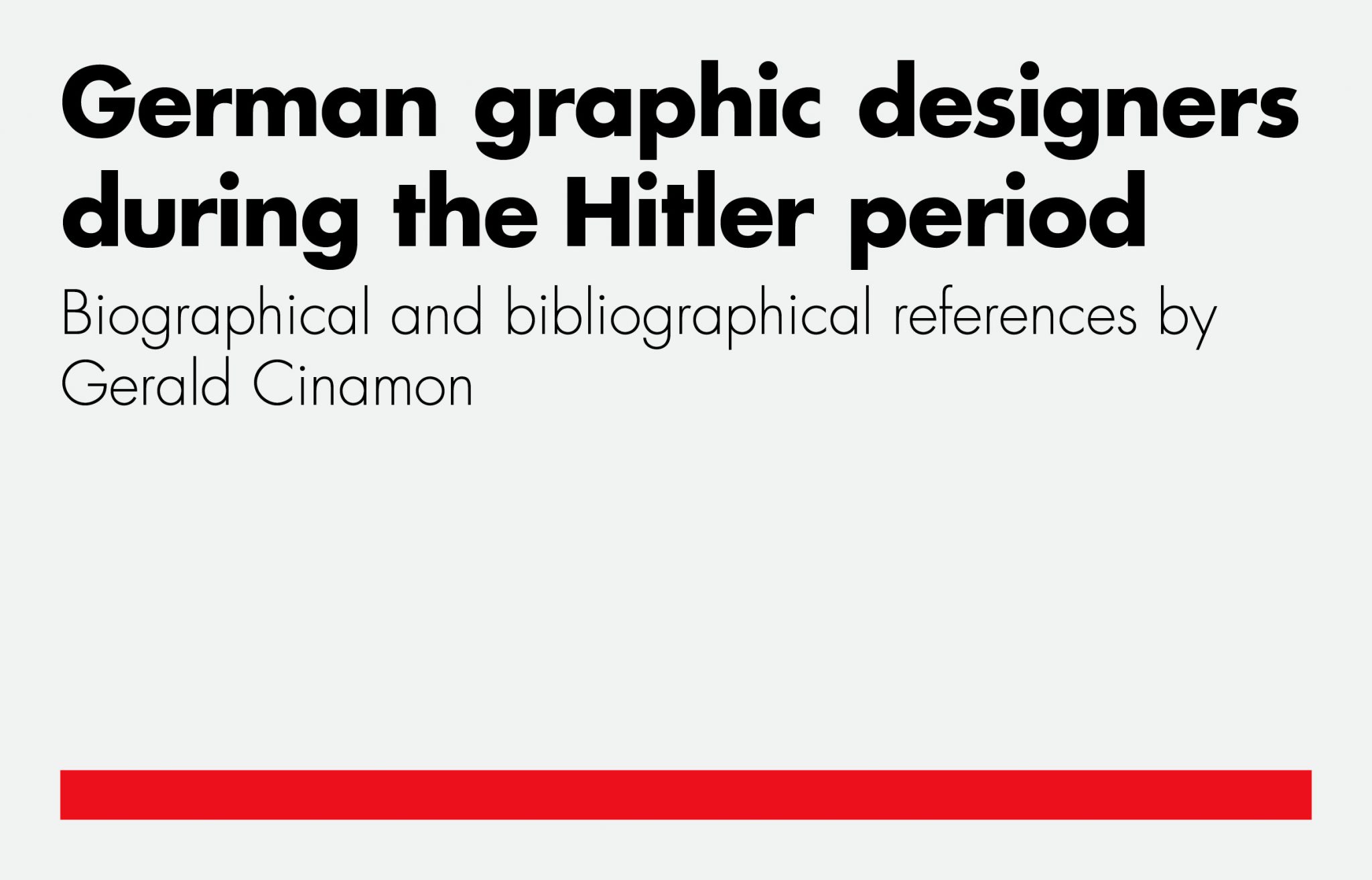 “The idea for this project arose from several years’ research which led to my book, Rudolf Koch (Oak Knoll Press and The British Library, 2000). During those years I came upon graphic work, articles, or passing mentions of, or about, numerous German designers.”

“Design historians in America and Britain have tended to ignore the talents or lives of those who remained in Germany as being unworthy of attention. But the talents were there, and the lives went on. Simply because these designers lived in Nazi Germany is no reason to ignore their work or consider it as all ‘bad’ (and thus a reversal of the Nazis’ concept of ‘Entartete Kunst’ – degenerate art). Any history of twentieth-century graphic design – and Germany’s particularly – must take note of them and their work.” – Gerald Cinamon