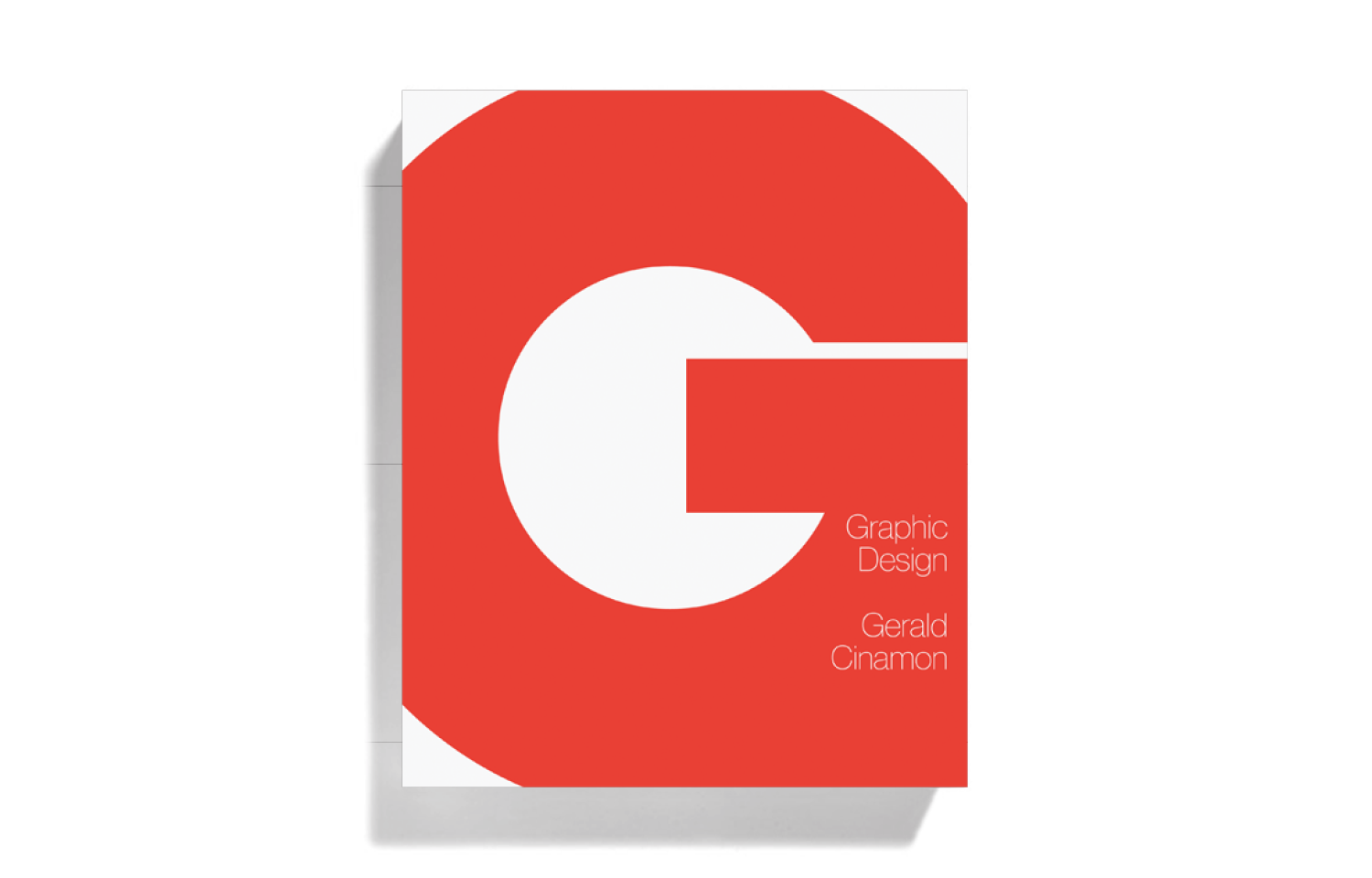 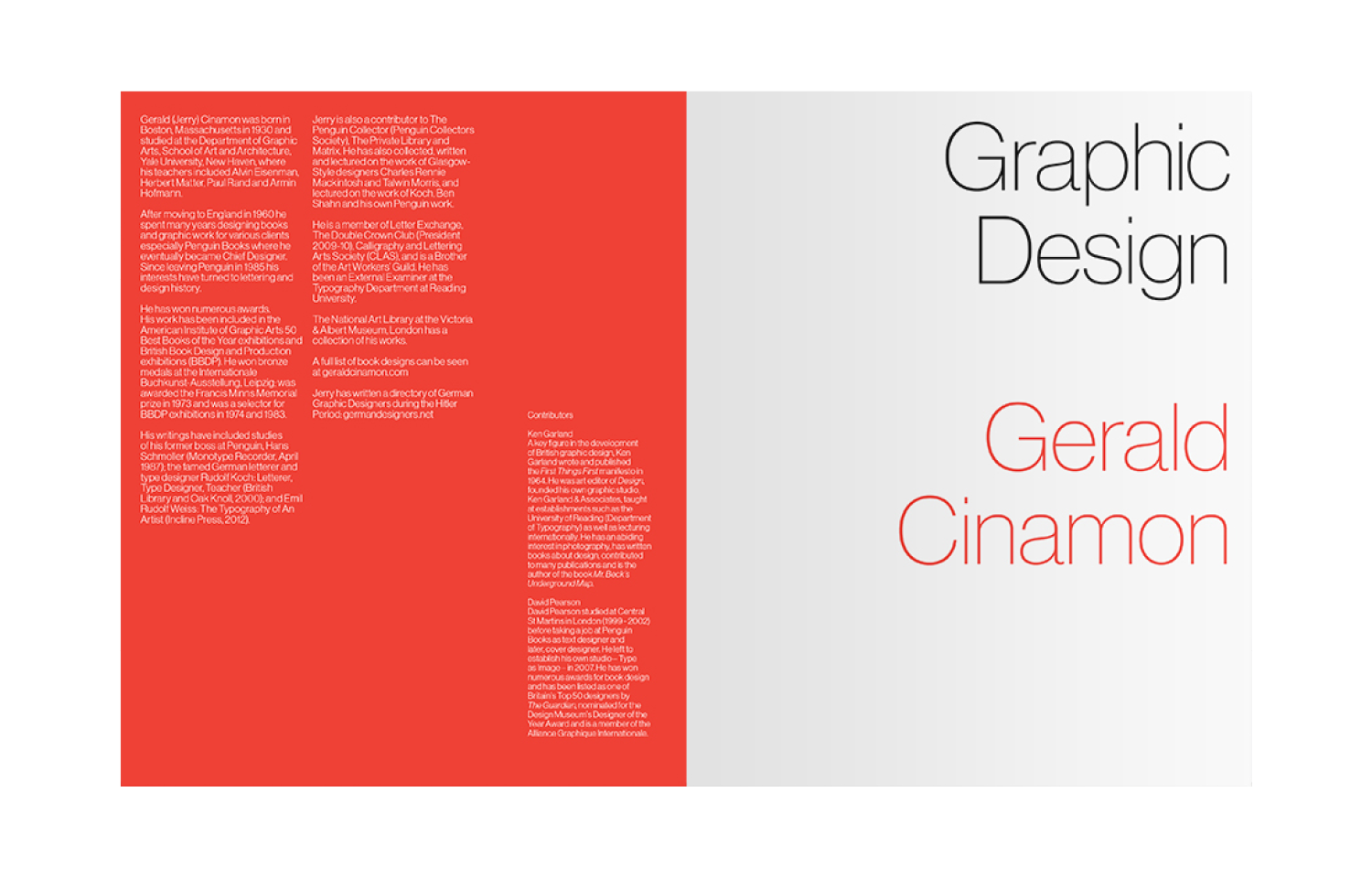 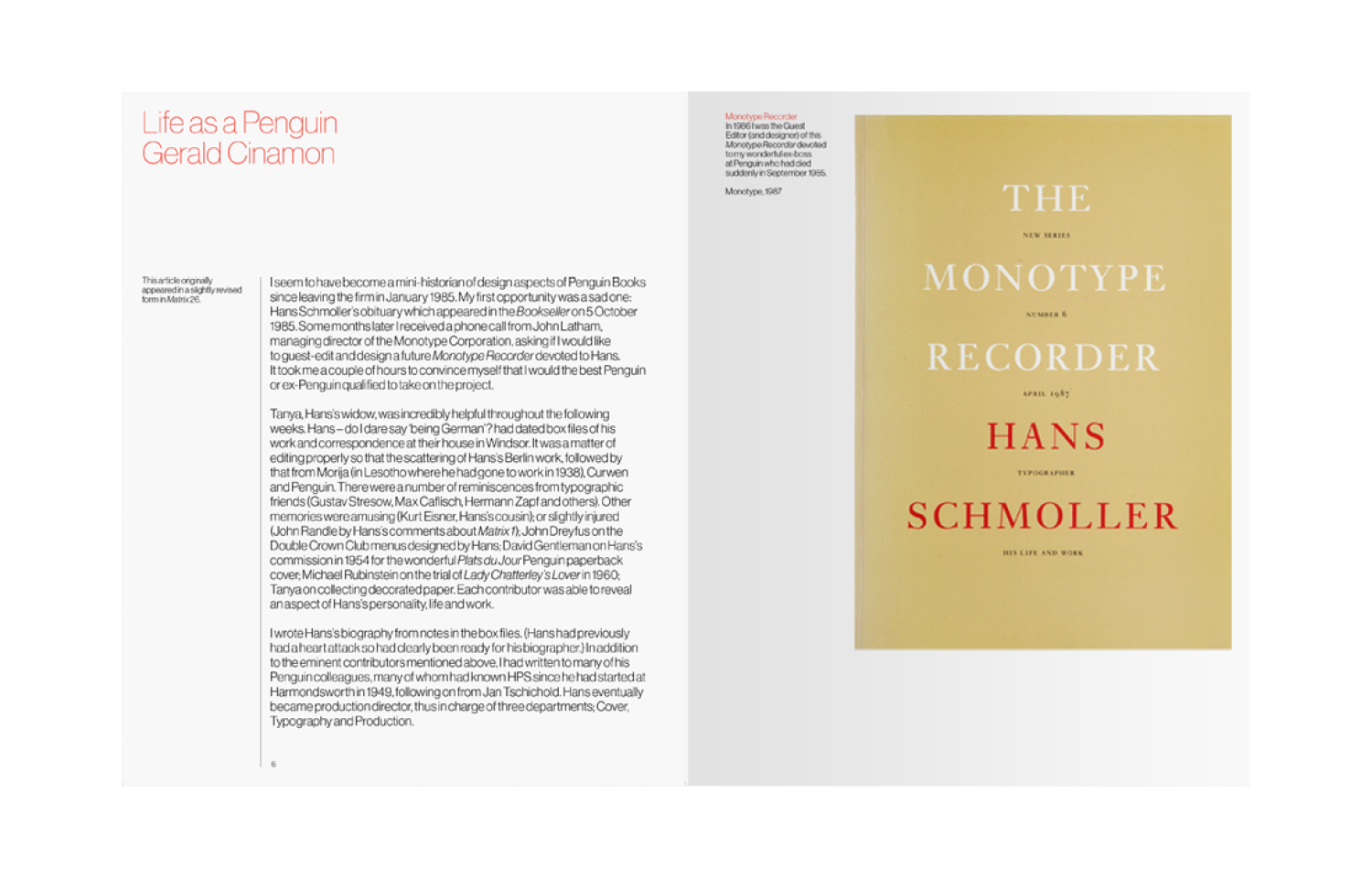 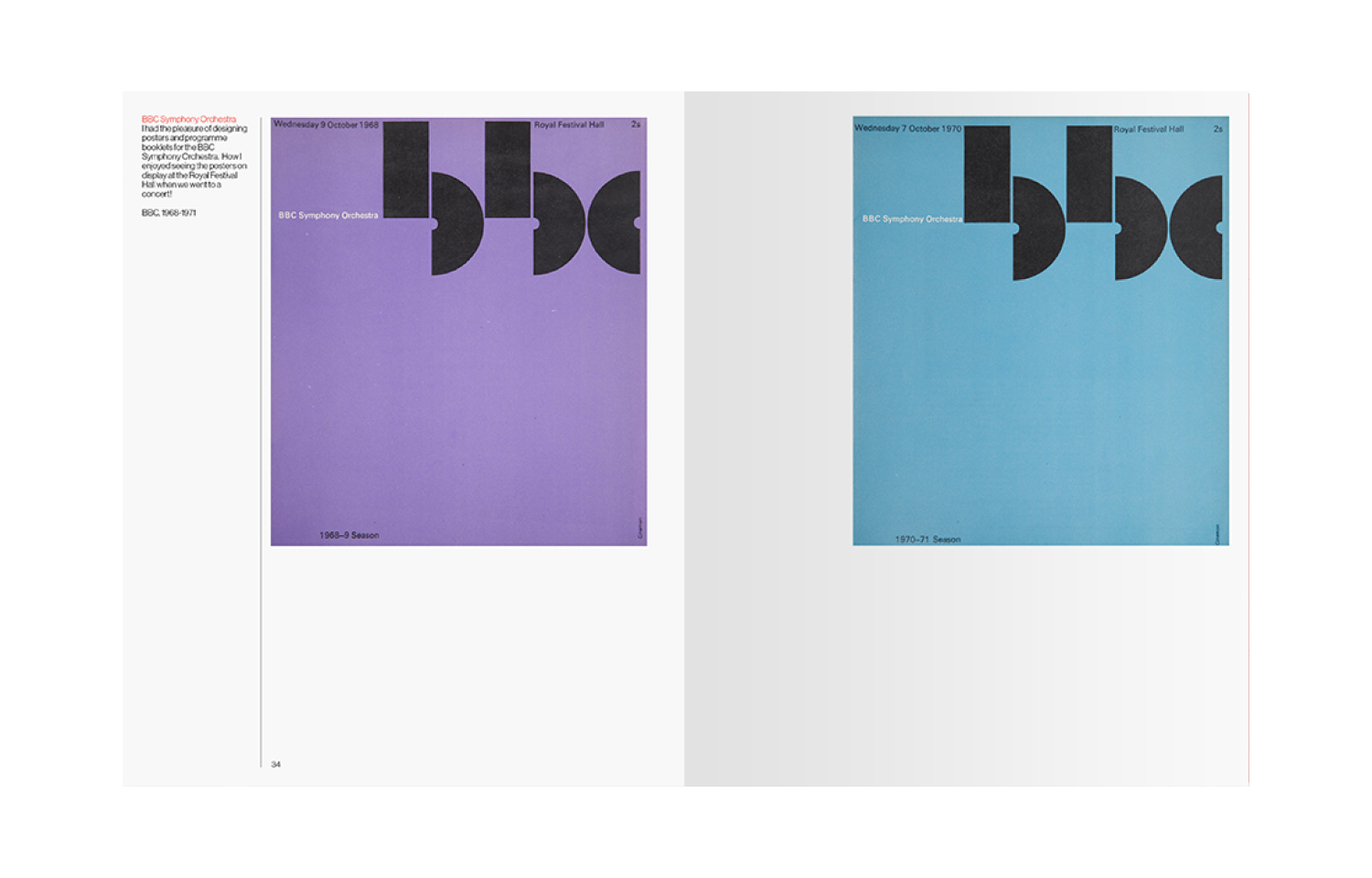 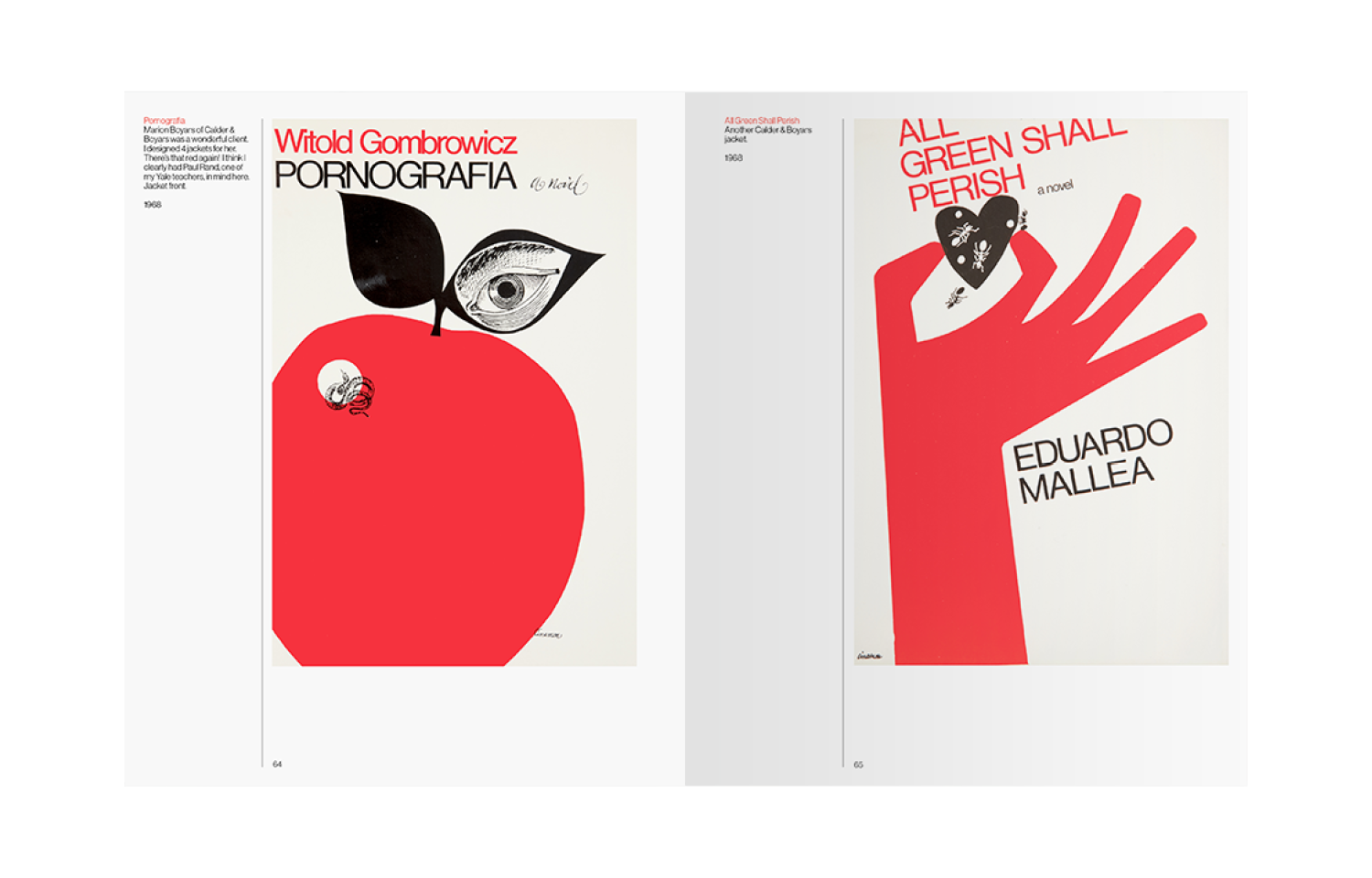 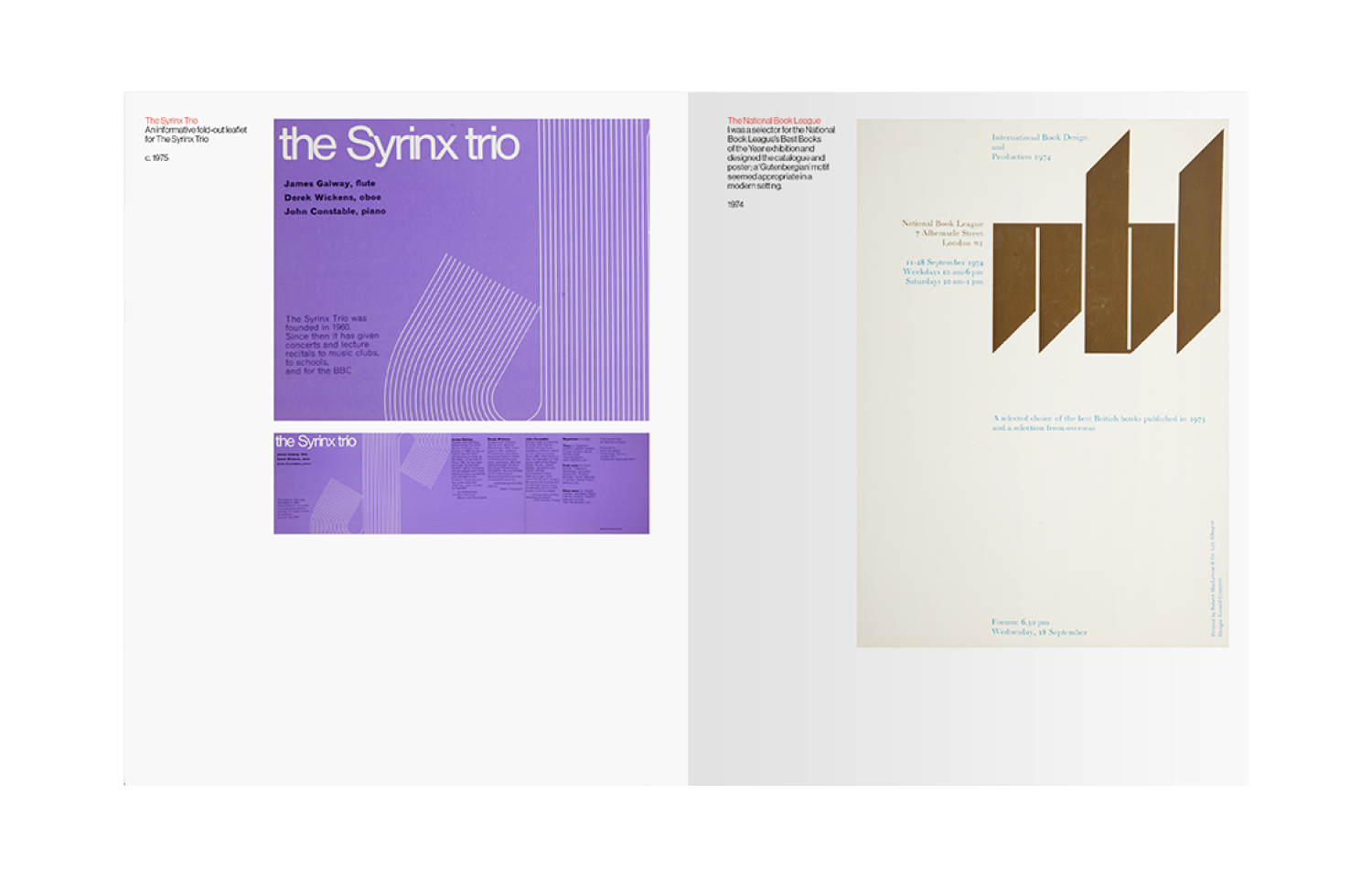 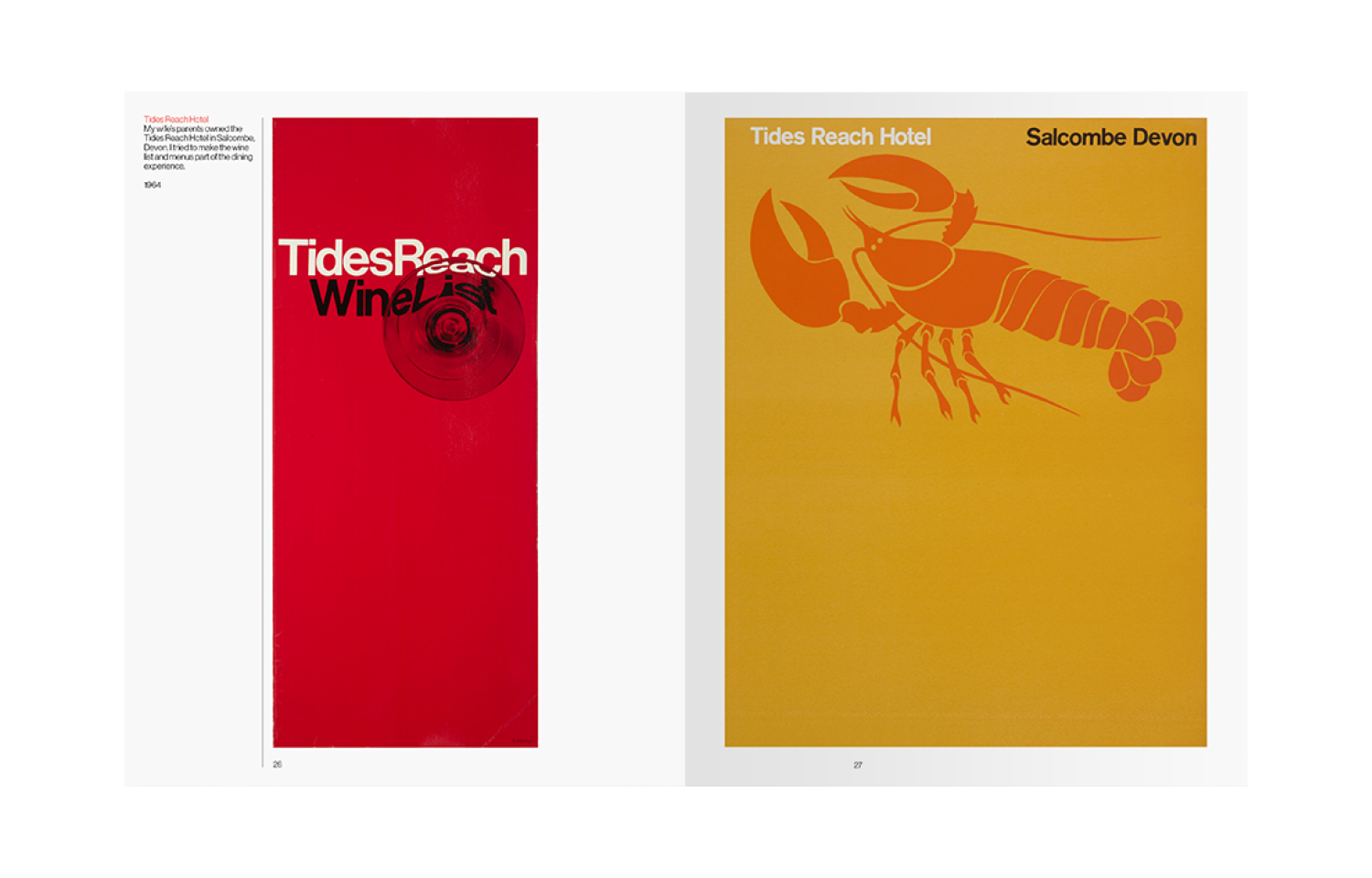 Jerry Cinamon is my next nominee: somewhat of an anomaly in this company, since he was born, and has remained, a citizen of the U.S. However, he is more than worthy of inclusion here, because he has worked in the U.K. since his arrival from the U.S. in 1960; he is truly one of us.

Although Jerry has always practised as a freelance graphic designer, his most sustained, long-term commitment was to Penguin Books. He began his connection with them in 1961/62 and it continued until 1986. Initially he worked on one-off commissions to design, first, paperback covers, then the text pages of so-called ‘picture books’. Worth mentioning here that the first editor to give him a job was Kaye Webb – a lovely woman whom many of us remember with great affection – who was in charge of Puffin Books. By 1965 he was on a regular retainer to Penguin, eventually joining the staff, becoming Chief Designer in the 1970s. He was by then responsible for the design, among other things, of all books for Allen Lane The Penguin Press (the hardback division of Penguin.)

Jerry Cinamon’s initial and continuing involvement with Penguin came at a most opportune time. Until the 1960s, books containing halftone illustrations were customarily printed by letterpress, with the illustrations corralled into 8– or 16– page sections of coated paper, or as single ‘plates’, between text sections of uncoated paper. Coincident with Jerry’s arrival the decision had been made to move to the photolithographic process and Jerry found himself, under the avuncular eye of the Production Editor, Hans Schmoller, designing the first ‘integrated books’ for Penguin.

Most of the slides I have to show you are of such books; but first a few examples of his work on other tasks, so as to establish his bona fides as an all-round designer. First, a book jacket for Weidenfeld & Nicolson; a poster for the BBC Symphony Orchestra; another poster, this for the National Book League; a cover for the Transatlantic Review; and a cover for the Penguin List of Architecture and Art books.

Now to his work on integrated books. First, a couple of spreads from The Architecture of Michelangelo, 1970; then a couple from the Penguin History of Art: Painting and Sculpture in Europe, 1780-1880, 1971; and from The Art and Architecture of Japan, 1975. Jerry was able to integrate, not only the text with the halftone illustrations but also the covers with the texts, as evidence these two slides from The Statue of Liberty, 1976. From 1975 and 1977 come these two title spreads, the top one from A Dictionary of Architecture and the bottom one from the Penguin Dictionary of Decorative Arts. This latter design must be one of the strangest title spreads ever produced by Penguin. Already, only a few years after the arrival of the integrated book, Jerry was able to indulge in such jokery involving type and photography…’.